On the Halloween of 1995 I blessed the world with my presence and have everyday there after challenged it against all odds. Being born in Georgia some might say I have "southern roots", which just means that I am not the average lazy person you might see today.

My day job consists of technically advising those how to build and maintain their businesses. Whenever the world is running smooth I bring creative concepts to life through digital engineering. Got the next million dollar idea but don't know how to build it? Let's chat! 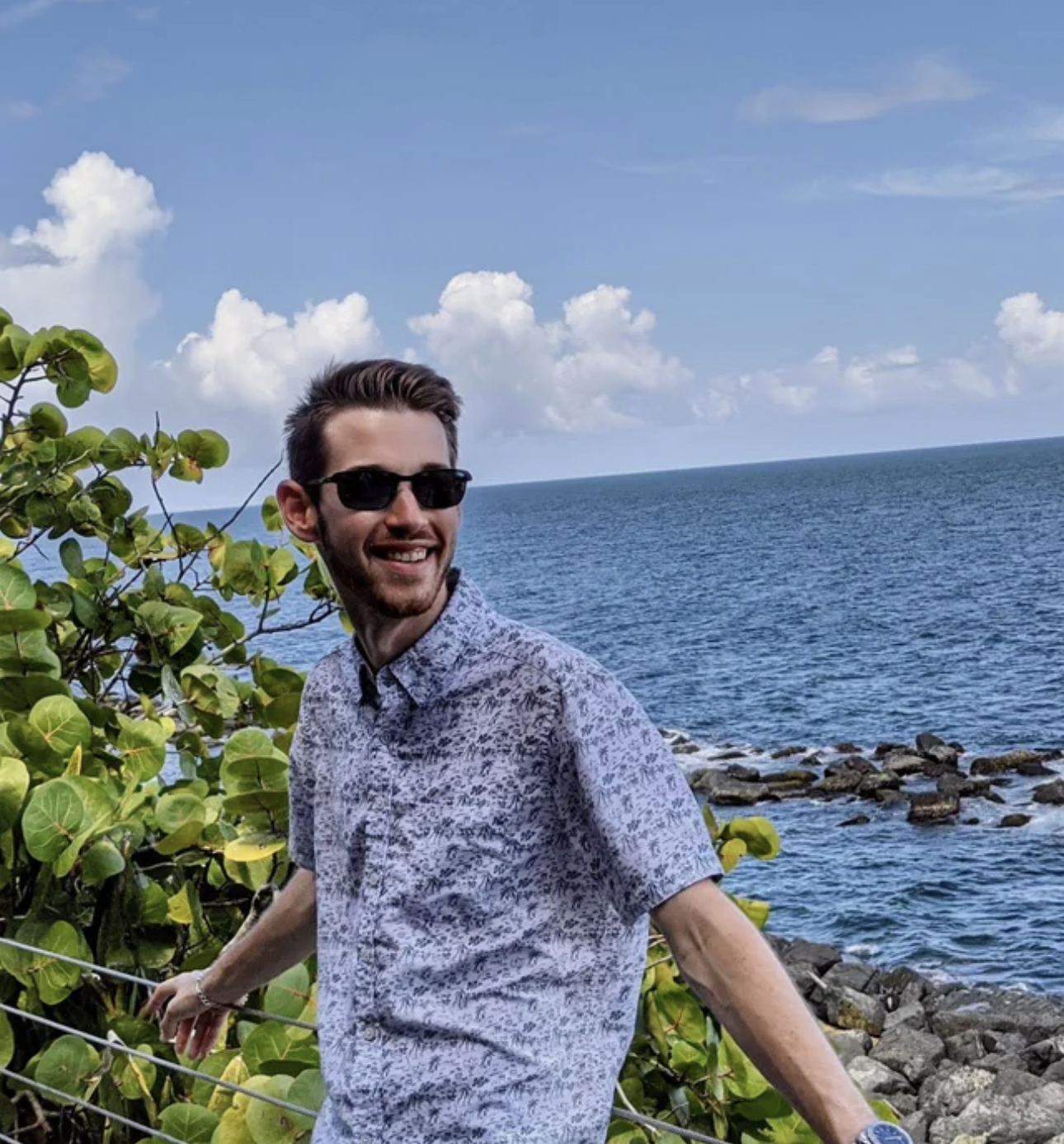 "It is kind of fun to do the impossible."

My technical journey began about 15 years ago when I found myself playing around on an IBM Netvista 8307 with a Pentium 4, 512MB RAM and good ole Windows 2000. Yes, this was back when IBM still made their consumer line prior to selling it to Lenovo in 2004. Lenovo still remains one of the most popular manufactuers to date and a personal preference.

A few years later a more familar operating system known today as Windows XP was released and I quickly upgraded which brought a whole new slue of options and programs to life. Windows XP remained the most popular operating system for over a decade before Windows 7 took its place for the popular Enterprise functions making it an easy choice for most business. Moving on forwards to today most consumers and businesses use Windows 10 or Windows 11 as it offers not only a fast, stable and secure way to compute but also remaining user friendly to even those with less technical skills.

"Don't Let Anyone Tell You That You Can't Just Because They Can't!" 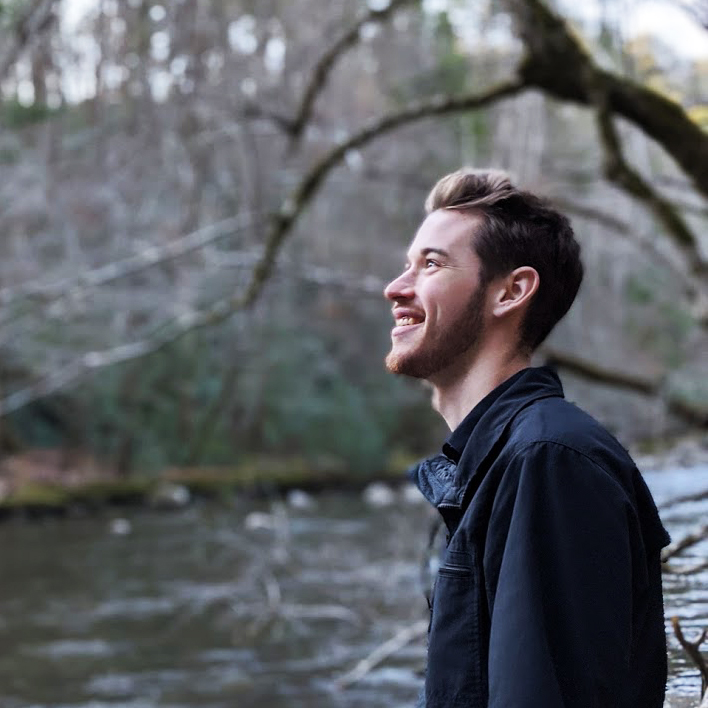 Now while Windows is the one of the most popular operating systems, it is far from the only option. For instance you are probably reading this on a product with an Apple logo if not Windows. MacOS is the graphical user interface (GUI) for those using Apples pc-based products. Apple's eco-system is one the largest which is why most people decided iPhone as their choice of smart phone along with ease of use. It is however very common to see someone using an iPhone as their mobile and a Windows-based computer even though they are competing for your market share everyday.

If you are not using Windows or MacOS you are more than likely using a distribution of Linux. If you have or have heard of a Chromebook, that is linux. There are thousands of linux distributions many of which are free and lightweight making it a great altnerative or revival for older machines that otherwise may not run Windows anymore. Ubuntu, Linux Mint, Manjaro, Arch Linux & Fedora are amongst the most popular main-stream distributions today. Those who are curious I recommend trying Linux Mint as its very similar to the Windows GUI. 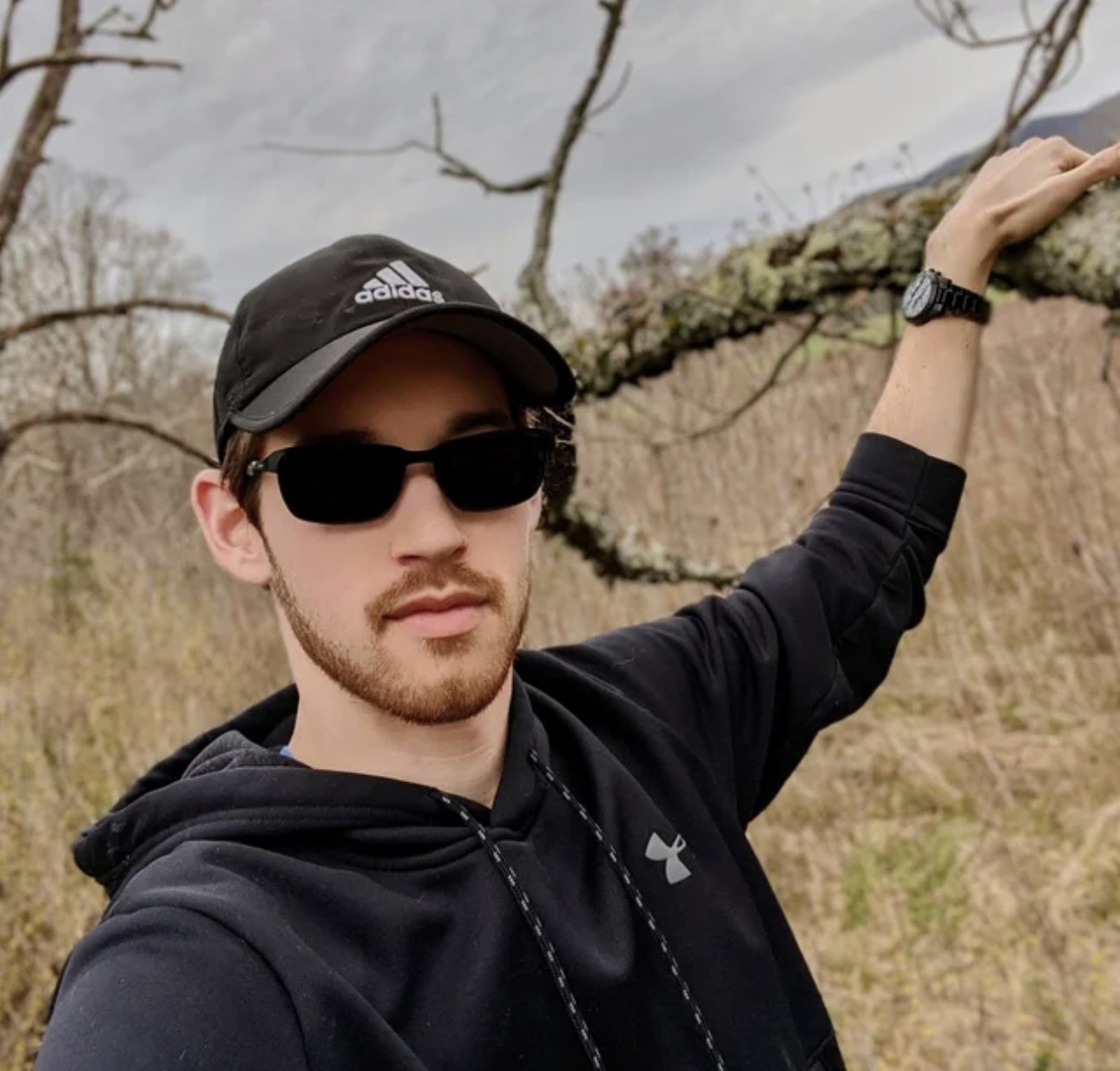 “It has become appallingly obvious that our technology has exceeded our humanity.”

Technology can either be a beautiful tool to communicate or it can be a destructive weapon. It is said that cybercrime damages cost the world trillions of dollars a year and the use of HTTPS phishing sites have increased over 900% since 2016. It is amazing to me the lack of knowledge and even more so the lack to have such knowledge that most poeple have it comes to their security. We all use devices everyday to share our lives on social media, connect with clients accross the world, or check your financial portfolio. What most don't think about, what of that data is shared or viewed by others?

When a business is hacked or there is a data breach, 90% of cases the source of the breach came from a phishing email. Phishing emails are malicious emails that entice users via sophisticated social engineering links or attachments. By opening these links or attachments you are granting the hacker access to your computer. If this computer has access to confidential information or files then so does the hacker. Majority of the time these hackers silently capture this data so to the average person you wouldn't even know they were ever there until its too late.

“Technology is a useful servant but a dangerous master.” 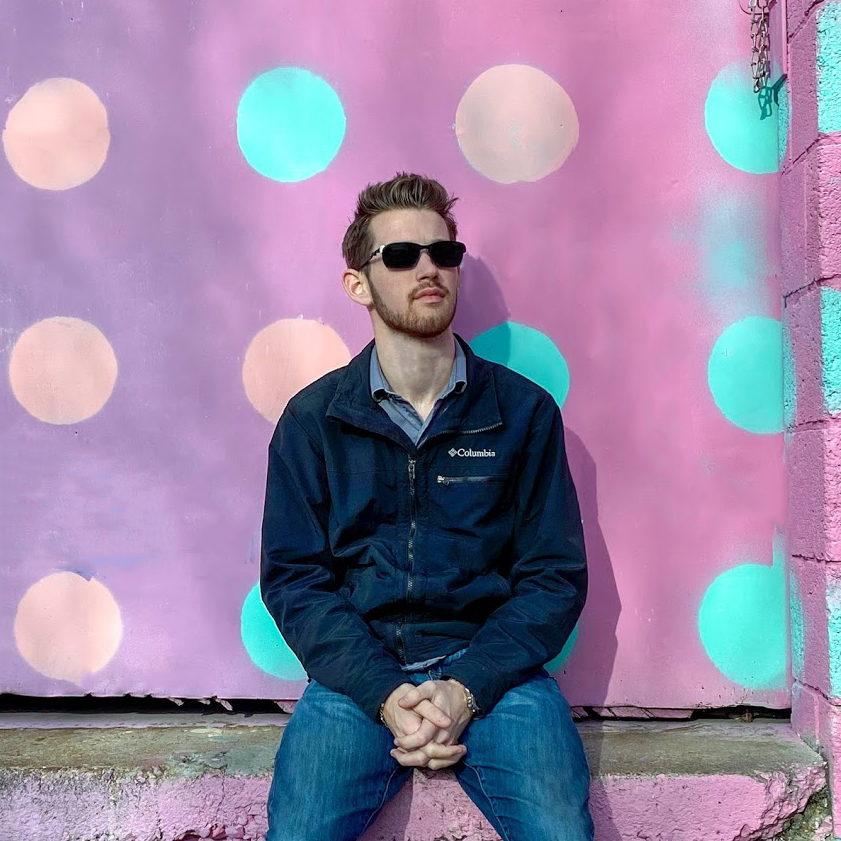 My passion for technology is driven by my one of my life goals, which is to make the world and its network a safer place than I found it. I do this partly by focusing on what ways we can be more secure with our day to day online activities and how to prevent cyber disasters from happening. This can range from simple password management, using public workstaions as little as possible, or maybe just waiting an hour to post that picture of you and the family at dinner.

For accountability sake if nothing else, a bigger goal of mine is to have an international cyber-security firm. Focused on the protection of consumers and businesses allowing them to communicate and transact with complete peace of mind. Imagine having an elite group of legal and white hats at your disposal to bring malicious hackers to justice. Think of it like the digital law enforcement agency that isn't bound to any single government, like Anonymous. There is nothing that makes my blood boil faster than knowing someone got scammed or robbed and they can't do anything about it due to lack of enforcement or resources. 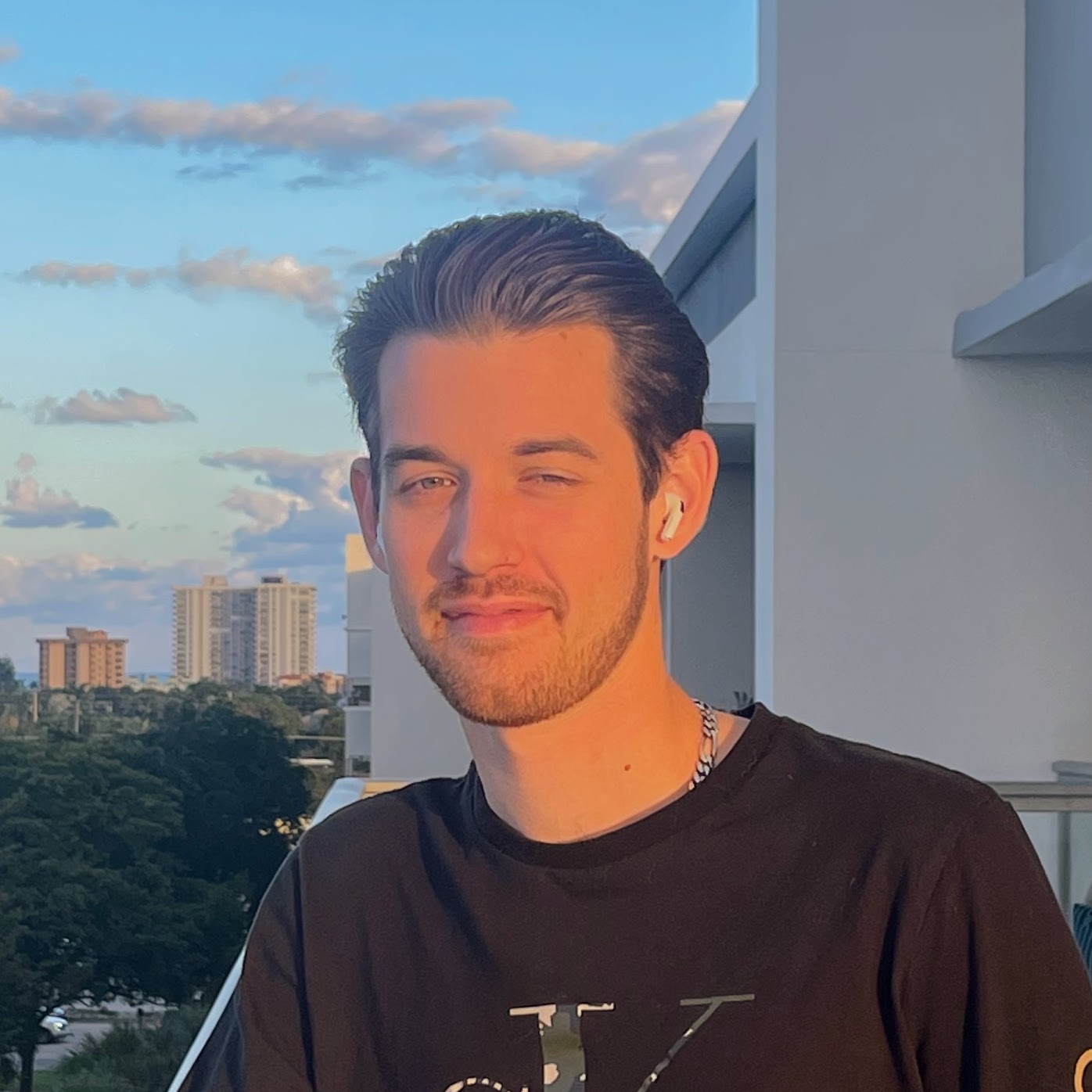 “Passwords are like underwear... don’t let people see it, change it very often, and you shouldn’t share it with strangers.”

When I am not fighting cyber crime or assisting people with daily technical operations I like to travel and spend quality time with my family. I have a son and 3 "fur-children", so things are never dull around this house. My son (name release pending) is the newest addition to our family and I am so excited to see what kind of person he becomes. I have a husky named Draco, yes after Draco Malfoy; a sheltie named Peanut which just by looking at him you'll get it; and an orange cat named Ozcar. Being a cat you can image the savage-like behavior he has, especially towards Draco who assumes he always wants to play.

Lauren and I love to talk about how we will change the world. Someone has to do it and were probably one of few people just crazy enough to do it. While we both have lots of goals, Lauren's current focus is spreading love and awareness about clean wellness products, as well as opening a health and wellness center called "Craven A Cure" for POTS and many other "invisible illnesses". Stay tuned for more information. 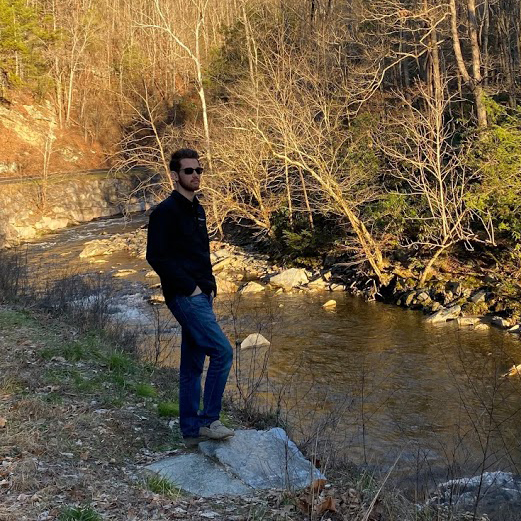 “It takes 20 years to build a reputation and few minutes of cyber-incident to ruin it.”

Having moved to Florida when I was 5, it's where I have lived most of my life and while I have relocated several times based on projects I always end up back in Florida. Recently wrapping up a series of projects in the South Florida(West Palm - Miami) Region and moving back to the Tampa Bay area I have found myself spending time rebuilding my core business and truly finding the people best suited in my life. Life can definitely be scary and a challenge but I have no doubt that together as a team we can do anything. This is just the beginning and I can't wait to see what God has in store for us, all of us. Until next time!